vitarsi blog
The Legendary Spitfire
The Supermarine Spitfire is arguably the most iconic fighter aircraft of the Second World War. This quintessentially British aircraft was designed in the early 30's and had its maiden flight in 1936. Introduction of the aircraft into military service was just in time for the war, and a total of 20,351 Spitfires (all variants included) were built in total.

It is the largest produced British aircraft in history, far outnumbering its closest rival, the Hawker Hurricane which saw only 14,583 being built. 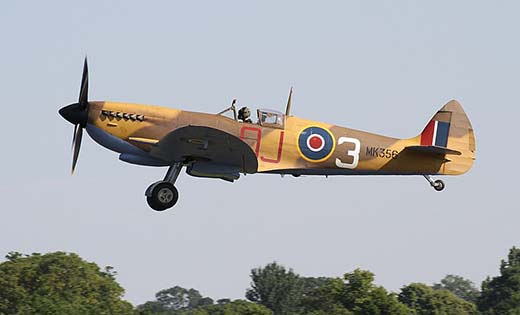 This single-engined beast was powered by a supercharged V12 Rolls Royce Merlin aeroengine producing 1470 hp. The Spitfire could reach a service ceiling of 36,500 ft and a maximum speed of 595 km/h. It carried 6-8 machine guns depending on the variant. The following documentary details the journey of the Spitfire.

Vitarsi Tech. strives to bring the latest in sci-tech. happening around the world. We'll bring you awesome stuff, rest assured, you won't be bored anytime here. ...

Microsoft is the new Apple!

Apple had been lauded over the years for its innovative products. But recently, Apple seems to be losing its sheen. The newly launched Apple Watch(Link) was more of a let down. With Apple's standards, the Apple Watch was just like its competitors, and proved to be nothing special. ...

Will the C295 be a game changer for the IAF?

Way back in March of 2015, India’s Defence Ministry approved the purchase of 56 C295 aircraft for the Indian Air Force (IAF). 4 excruciatingly long years later, the price negotiations were completed in March 2019 with an increase in the purchase order quantity by 6 for the Indian Coast Guard (ICG). ...

Boeing has just dropped the next bombshell. FARA stands for Future Attack and Reconnaissance Aircraft. This new helicopter concept is unique in that it has 3 rotors! The traditional helicopter design involves a main rotor at the top to generate lift. The tail rotor is designed to provide counter-torque and help in turning (called yawing) the helicopter. ...

The Chengdu J-10 or the “Vigorous Dragon” as it is called, has made itself one of the mainstays of the Chinese Air Force. With over 400 examples of this aircraft being built, it has become an aircraft to be reckoned with. But does this aircraft have a darker history? ...